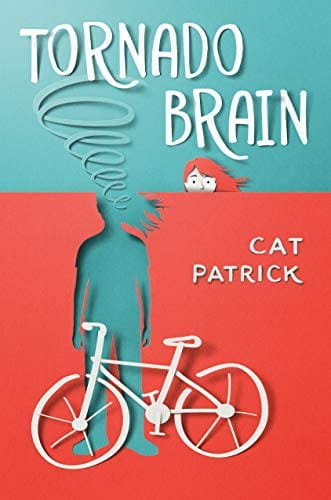 This week, I read a book called Tornado Brain. It’s a really good book about a girl named Frankie that doesn’t like being touched or big changes in life. In this book, her friend goes missing and Frankie tries to look for clues, and ways that she can find her friend.

This book feels like a window for me, because she lives at a beach house, and is braver than I think that I am.

This is a great mystery by Cat Patrick. It sucked me in within the first page of the prologue. I chose this book, because it was recommended from a book website that I went to. I usually don’t like mystery, (or read it) so I decided to try this book to read a new genre, and I was surprised. This book starts as realistic fiction, gradually making its way into mystery. This is good for people that like mystery, and people that like realistic fiction, because it eases in in a transition. I would recommend this book, because it was hard to put down. 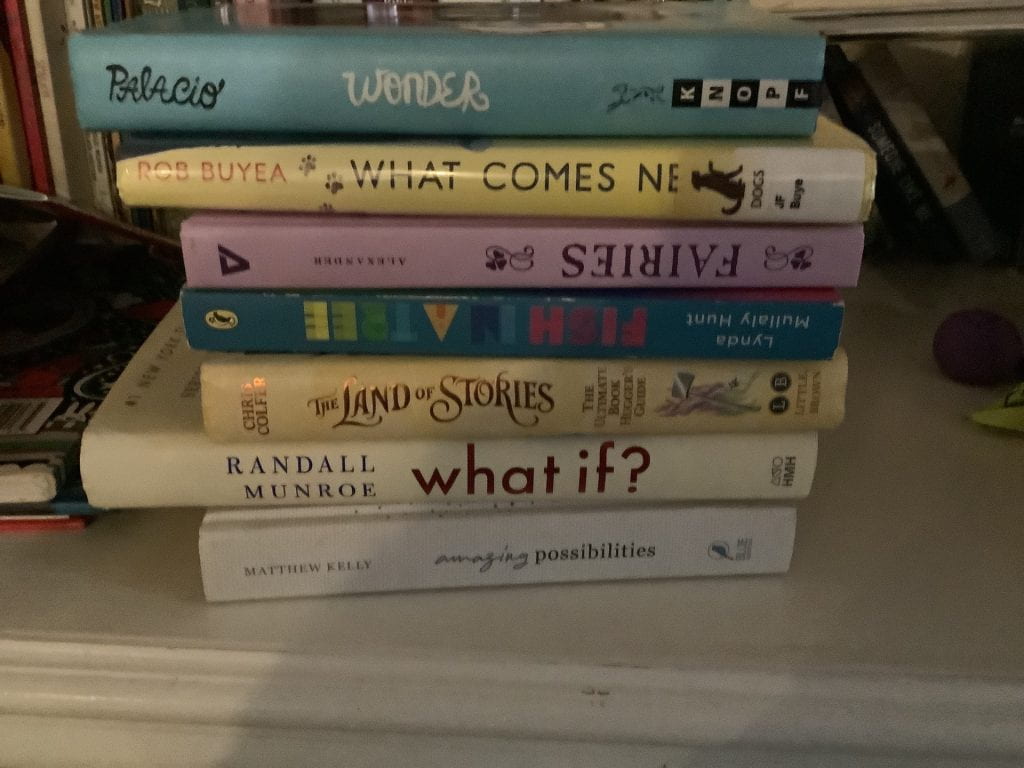 Fish in a Tree 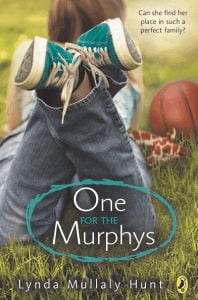 Earlier this week I finished a book called One for the Murphys. I really enjoyed it and I found myself unable to put the book down. I highly recommend it. It’s about a mishap that lands a girl in a foster home. She ends up having to go to a new school, and doesn’t let herself show any feelings toward her temporary home. This is hard, and she finally finds a strong liking for the parents and three children. When she has to go back to her mom, it feels like a struggle.

I love this book, and I finished it in three days. The chapters were short and good, and were titled nicely. If you’re looking for a book, I would definitely recommend this. Happy reading!

For the past two weeks, my class has been working on showing a form of a wisdom tale we read. My partner Lilah and I teamed up to do the wisdom tale, “The Little Lizard’s Sorrow”. It is about a beggar that challenges a gambler to a game that the gambler made up. The gambler loses,then turns into a lizard. The type of lizard that the gambler turns into is the Chingchok lizard, that masked tssk noises in Southeast Asia.

For our story, we acted it out. We spent a couple days practicing beforehand, then we were finally ready to perform. We could have practiced one more time, but overall, I feel pretty good about our teamwork. I was the beggar, and Lilah was the gambler/lizard.

This project was really fun and taught me how to express a story in different ways, and how to make it happen with one or more people.

Source: Wisdom Tales from Around the World by Heather Forrest 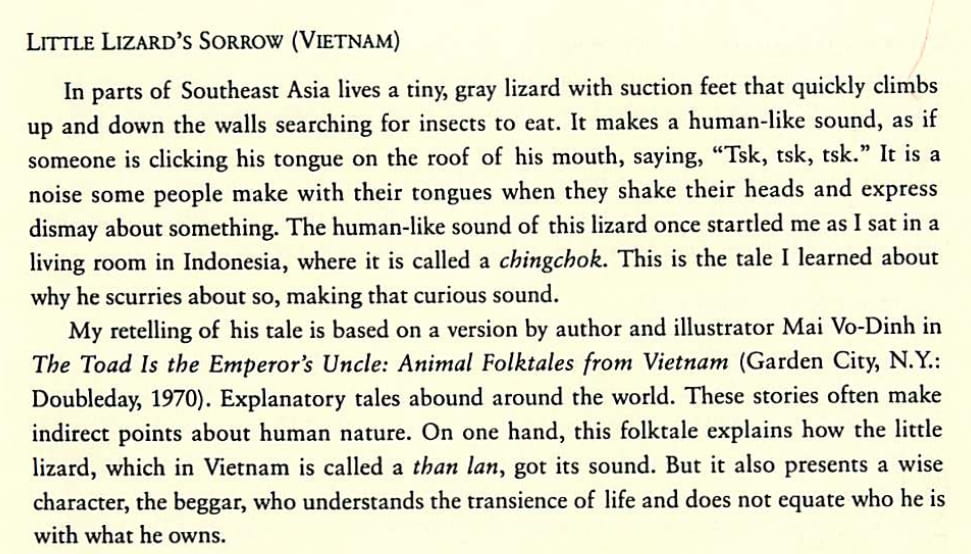 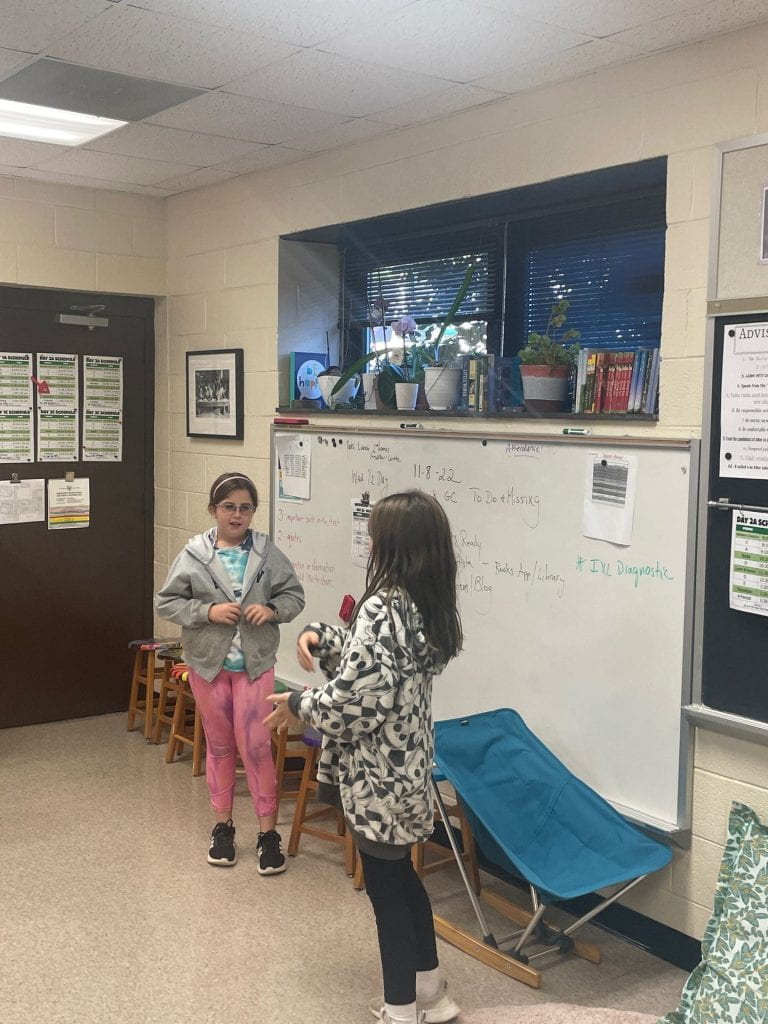 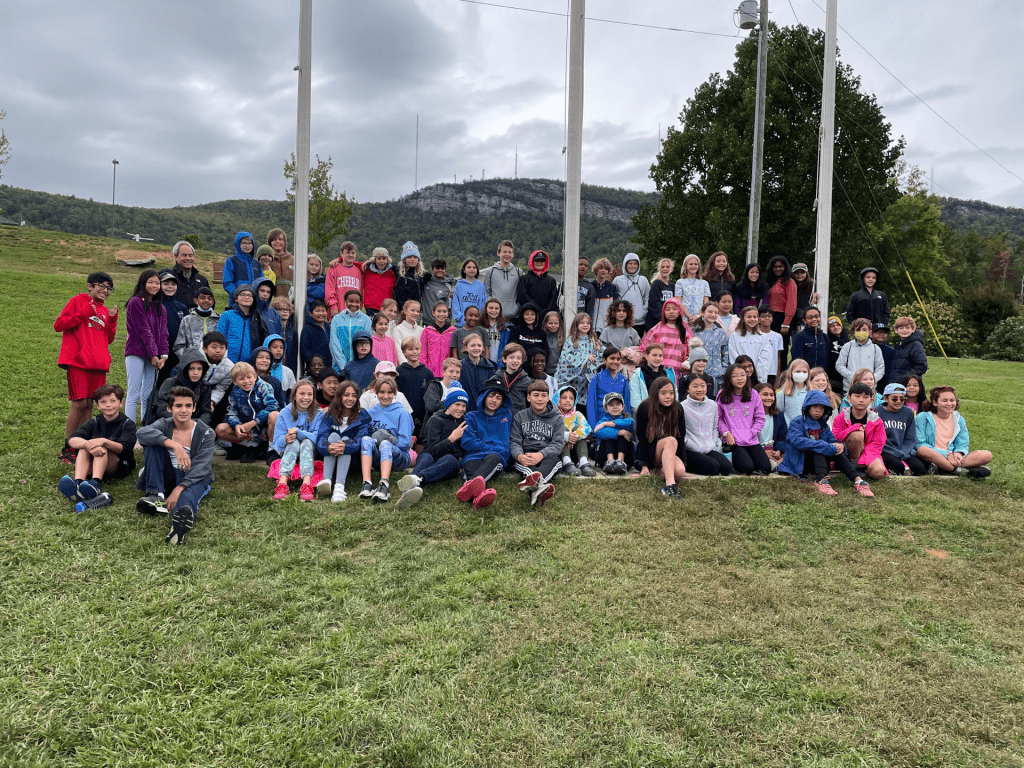 Last Thursday morning, despite the hurricane awaiting us, Durham academy 6th grade got ready to mount the bus to Camp Hanes. In a line, me and half of the 6th grade were in a line, with luggage in hand, filing into bus number two. When I stepped in, I found a seat with my friend by the window, and settled in. After the two and a half hour ride, (I watched a movie and read a book,) we got off and met the counselors. We played two fun games in the big room, then got informed about our cabins. Each cabin had two advisory’s worth of the same gender. When I got to my cabin, I set up my bed and relaxed. Then we had lunch, and prepared for the fun activities ahead of us.

The first activity that my group did was canoeing. They first gave us instructions on how to get in, and then we were off! I usually go kayaking, so there were some things that I had to get used to, but overall it was pretty fun. We were in a three person kayak, so there was one paddle instructor and we would switch over time. When we were done kayaking, my group went back to the airnasium. I played some four-square, and then it was time for archery.

In archery, three people went at a time, meaning that I did not go at first, but it was fun to watch in preparation how others were doing and how to shoot correctly. When it was finally my turn, I missed the target entirely on all five arrows. I went three more times and got a very minimal amount on the target out of 20 arrows. During times when some people were not doing archery, they had the option to play gaga. I preferred watching archery, but I played a game of gaga once. I might have been the only, or one of the only people that went four times, but it was so fun!

All the activities were fun, but I only wrote the first two, the others were rock climbing, team building, and campfire fun. The food was fantastic, and the counselors were very helpful with anything that we needed.The trip was amazing, even though the next morning was freezing. The counselors had fun games planned for us in the gym, and I’m pretty sure everyone enjoyed them. In conclusion,  I really enjoyed my time at Camp Hanes and would definitely go there again.

During summer break, we read a book called Finding Someplace by Denise Lewis Patrick. The book takes place in New Orleans, August 2005. In the book Reesie, the main character, is forced out of her house with only a backpack’s worth of belongings. She’s the only person in the house, so she has to get important things for everyone. With only 15 minutes, she has to make smart decisions. The only consequence to forgetting something, is the fact that everything she forgets will be flooded and ruined.

If I were in this situation, with the same tight time frame, I might think about different things to add, starting with clementine oranges. They’re small, healthy, and filling, leaving room in my backpack for everything else. Like Reesie, I would pack money and any electronics with its own wifi. Adding to that, I would bring a pre-charged, on the go charger. I would definitely pack a water bottle in the side pocket and a couple bags of candy. Candy would be helpful because they usually come in mostly flat bags and most people like candy. Bringing passports would also be on the top priority list so that if my town was entirely flooded, I would be able to go somewhere. Oversize sweaters to sleep in would be ideal. Also, feminine and mouth products. I would bring four magazines, One for each person. I would get my dad one of his work ones, my mom a cooking one, my sister I don’t know, and me, an animal one. They would come in handy because they are thin  and are fun to read. Lastly, I would include pairs of backup glasses for each person that needs them.

This was a hard task to think about because I was getting things for each person. When I write this, I am assuming this was a day where both my parents were at work, my sister was at school, and I was randomly home alone. This book has given me the chance to think about this thought and I hope that nothing like this ever happens. At the same time, I’m glad that I read this book, because I got to “see” what it was like to be in hurricane Katrina. I’m happy that I got to see a fresh perspective with this awesome book.